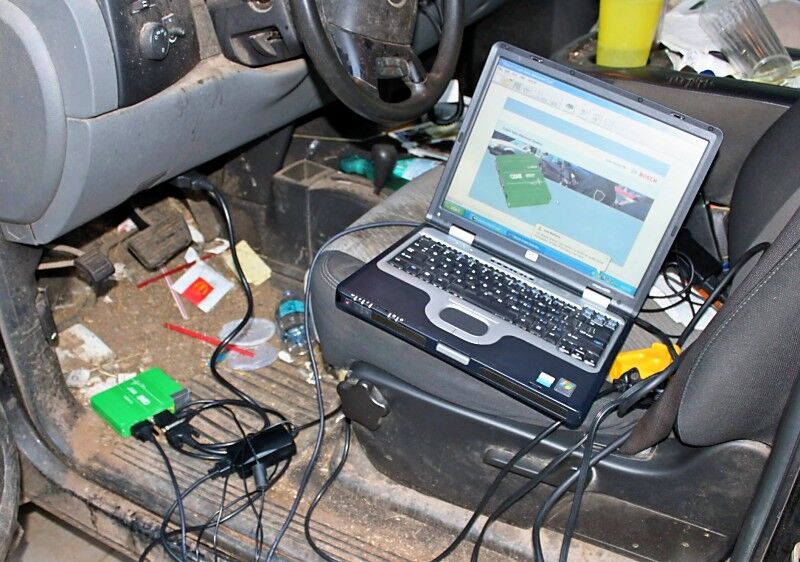 Whether it’s an Air Bag Control Module (ACM) on a passenger vehicle or light truck, an Electronic Control Module (ECM) or other system on a Commercial Motor Vehicle, most vehicles today have an Electronic Data Recorder (EDR) capability which can objectively record the actual details of a crash, and allow for the later imaging of that data by investigators.

While these are often referred to as “Black Boxes”, they are not the same as those found on an aircraft, but can still provide very useful information. This information may include the pre-crash and post-crash speeds, brake application, throttle percentage, engine RPM’s, the vehicles Delta-V, and occupant restraint status.

Collision Specialists employs the most up to date tools and software that allow us to quickly retrieve the available crash data for further analysis, and to provide you with all possible relevant information.

As early as MY 1994, some General Motors models were available for data collection. Then, in the early 2000's, certain Ford models were added, followed by the addition of more Ford models and Chrysler products around 2005. Unofrtunately, prior to the implementation of 49 CFR 563 in 2012, it was optional for vehicle manufacturers to release or provide access to their proprietary event-recorded data. However, since that time manufaturers have been required to provide access to that information, if they are in fact recording or collecting data.

The Bosch Crash Data Retrieval System (CDR) is the tool used to image this data from most vehicle makes and models, and each of our Response Vehicles are equipped with one of these tools. Even in those cases where damage or some other issue with the integrity of the system requires that the information be collected directly from the module rather than the vehicles OBD II connection, CSI possesses all of the available cables needed to provide this service.

While CSI has the capability to image a wide range of vehicle makes and models covered by the Bosch CDR tool, we can also image most of those that are not.

The Mitsubishi Event Data Retrieval Tool is similar to the CDR tool, but is manufacturer specific and only used to image crash data from Mitsubishi vehicles beginning in MY 2009 up to present. CSI is the only company in the State of Georgia, and one of the very few in the United States, who currently own this proprietary tool.

The Hyundai & Kia GTI Tools are also manufacturer specific tools, and are used to image crash data from either Hyundai or Kia vehicles beginning with MY 2010 up to present. Again, CSI is the only company in the State of Georgia, and one of the very few in the United States, who currently own this proprietary tool.

With these tools, CSI can provide access to the widest number of makes and models to ensure that whatever crash data may be available can be retrieved.

In today’s technology absorbed world, drivers commonly utilize consumer grade GPS units to help them navigate from location to location, and many times these units store data such as speed, direction and location coordinates for months after a collision.

Fortunately though, CSI has the capability to image the data from many of these units, and then analyze the data to determine its relevance to your case. This is just another example of CSI’s ability to provide you with all possible information, and the most complete reconstruction available.

The term Heavy Vehicle Event Data Recorder (HVEDR) refers to several different systems of a commercial motor vehicle that have the ability to record both pre and post-crash data. These systems can include the engines Electronic Control Module (ECM), the Anti-lock Braking Systems, Collision Avoidance Systems, and Vehicle Telematics.

The experts at Collision Specialists are all trained and well experienced with these systems, and can collect the data from most of the commercial motor vehicles on the road today.